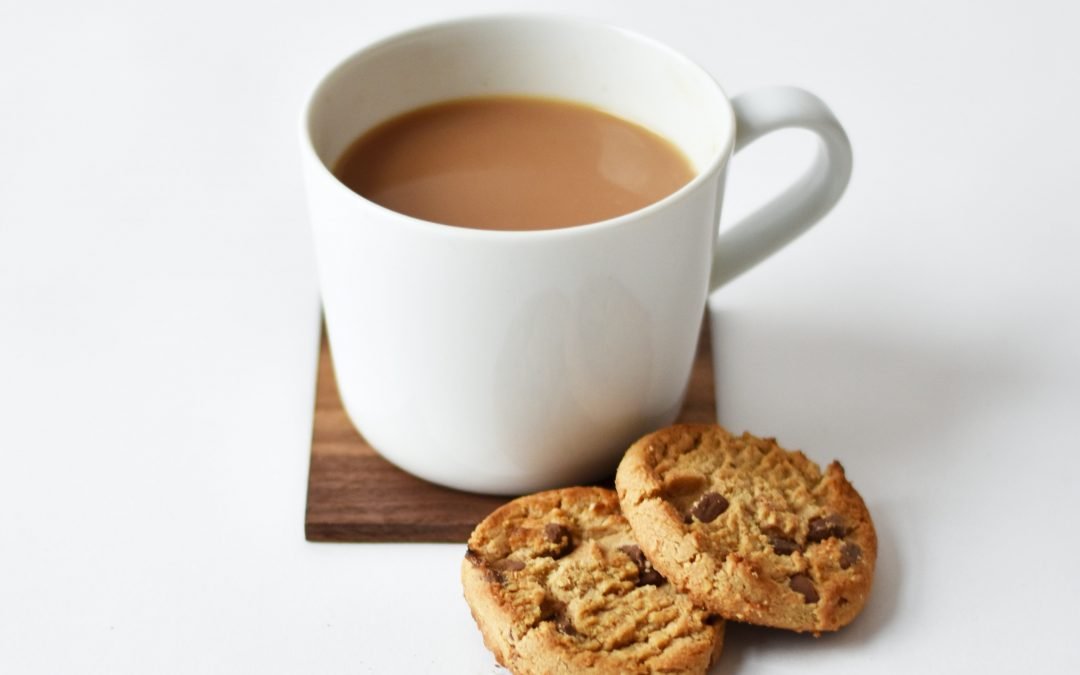 The great British cup of tea… I have to admit as I sit here cup in hand, I am slightly addicted.  Meeting up with my with my girl friends at the local coffee shop on a Friday morning wouldn’t be right for me without my nice cup of tea.  In recent years coffee has made an increasing dent in the British cuppa and around our table each Friday morning I am often the only one with a tea where latte, hot chocolate and cappuccino reign.

My relationship with tea is becoming  rather love/ hate recently.

It all started one Saturday morning, which is dancing morning in our house.  As we live closest to the hall the mums all pop back for a cuppa while the kids are in class.  It’s a win win, they get to dance, we get to chat and drink tea.  So I pop on the kettle and make our drinks and while chatting I carry a couple of cups through to the front room.   Big mistake, before I even have time to react I’m down, face planting the floor.  You’d actually be surprised how far a cup of tea actually goes when catapulted through the air!

In my house I’ve already ditched the kettle in favour of hot water plumbed in as wrist dislocations were becoming commonplace.  However I didn’t expect the wrist dislocation in Costa while I was sat happily minding my own business.  It caused me to spill almost my whole cuppa and scold myself in the process.  A switch away from a traditional tea cup to a take away cup was all that was needed, now I can use two hands and avoid getting wet!

When my dysautonomia symptoms are flaring a cup of tea can be both a blessing and a curse.  On the one hand it can be a little pick me up when my energy levels are waning but of the other the caffeine can also send my heart racing and a cuppa before bed is a definite no no as it can stop me from sleeping.  Decaf tea just doesn’t hit the spot.

But you can’t deny the satisfying hug of a warm cup of tea at the end of a long day or the problems that can be solved by simply popping on the kettle and having a chat.  The British have known for years that tea is the very lifeblood of our nation, but I’m surprised to learn the that this fact now seems to be rooted in science.  Studies have shown that tea can offer more than a simple caffeine fix with tremendous health benefits, all the more reason to keep drinking it I say.  So here are my top 10 reasons to drink tea every day. 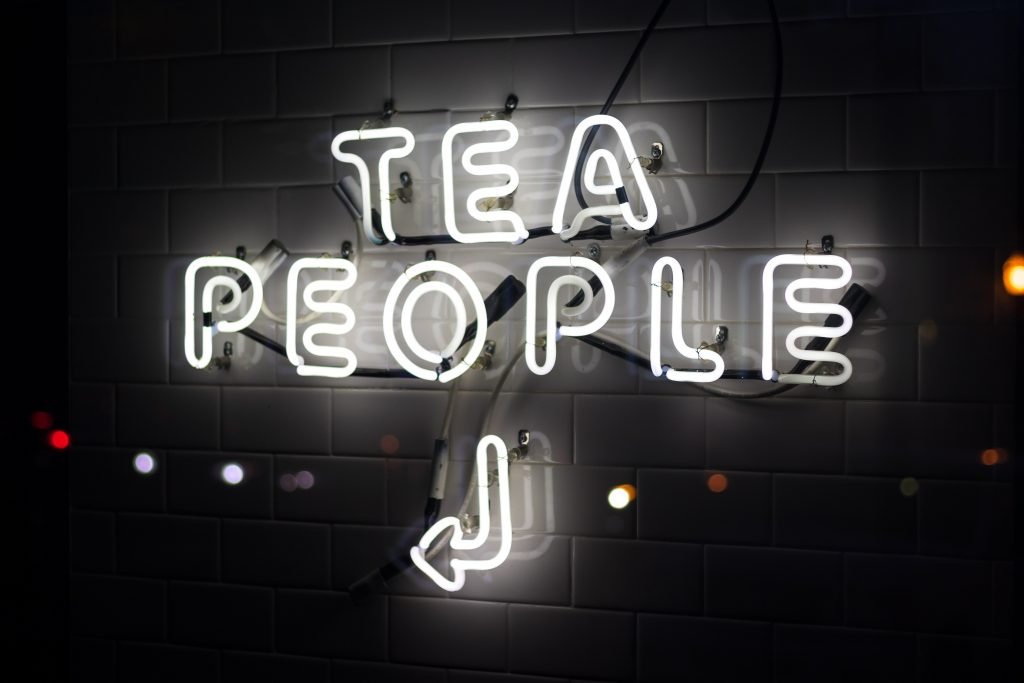 #1 A Cup of Tea reduces the risk of heart disease

Tea can potentially improve the blood flow in the body, by widening arteries and reducing the risk of clots.  It also contains antioxidants called ‘flavonoids’, which may slow down the onset and risk of heart disease.

Although water is the first choice to rehydrate the body, drinking a cup of tea may be another good option health-wise. Being rich in caffeine, tea provides you a rich and flavoursome source of water along with a wide range of nutrients.

Believe it or not, a regular supply of tea can really strengthen your teeth and lower the risk of tooth decay. Tea is a great source of fluoride, which can bolster tooth enamel. The antioxidants contained within a cuppa have also been known to fight against bacteria and gum disease.

Some scientific studies have suggested that regular intake of tea (especially in the morning and before lunch) complements your weight loss goal. A cup of tea prevents you from putting on weight along with speeding up the burning of calories. If nothing else, it is less fattening than sipping on a soft drink.

Extensive research has shown that the combination of caffeine and L-Theanine, a naturally-occurring amino acid found in tea, improves reaction time and memory, while increasing focus and concentration.

To stay sharp, even as you age, drink tea, as it is thought to lower the risk of dementia by acting through multiple pathways, including those of nerve synapses and blood sugar regulation.  Many scientists believe that certain types of tea such as green tea, can strengthen the function of memory cells in the brain.  No wonder why our parents and grandparents used to drink so much tea!

#7 A Cup of Tea protects against cancer

Some recent studies have recently suggested that tea drinking could lower your chances of suffering from cancer. Several reports indicate that prostate, mouth and breast cancer cases are much lower amongst those who regularly drink five or more cups of tea a day as compared to people who do not drink tea. Although research in this regard is just coming into existence, the anti-cancer property is attributed to the presence of antioxidants in tea.

Active compounds in tea can help to lower levels of inflammation and inflammatory reactions. As we well know inflammation is connected to almost every modern ailment, including arthritis, metabolic syndrome, and depression. Inflammation can also cause you to retain water and look puffy, so a few cups of tea can help you look and feel thinner. 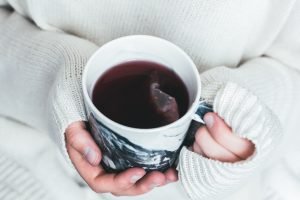 #9 Tea is an anti-allergen

A Japanese study has found that the tea polyphenol, EGCG, may be helpful for reducing pollen allergies. Tea may also reduce allergic response through quercetin, a flavanol naturally-occurring in tea, which is known to mitigate histamine response.  Which may be great for those with Mast Cell issues.

#10  A Cup of Tea may improve your overall health

Tea drinkers tend to be healthier, which is proven in research too, as tea drinking correlates with better health outcomes.  You can support your health, including your skin and body composition, with as few as 2-3 cups per day of this calorie-free drink.  Just don’t add sugar!

What is your little pick me up? Does tea hit the spot for you?

Have you ever felt like you don’t belong? Like any second now your friends or work mates will discover that you are a fraud? Do you ever think that your successes are attributed to luck, rather than your own skills or qualifications? Or, do you try to keep more and...
Read More

How I Fake My Chronic Illness Symptoms

I fake my EDS symptoms all the time. Every day. For as long as I can remember. It is second nature, it's why I am so good at it.   Now I don't mean I'm faking the symptoms of my condition, making them up, exaggerating them, they are very real to me and they are...
Read More

Last week I spoke about Imposter Syndrome, you can read about it here - What is Imposter syndrome and Do I have it? The first step in overcoming Imposter Syndrome is to acknowledge what you're feeling, and why. Start by keeping a journal or writing down your thoughts...
Read More

What Is Imposter Syndrome And Do I have it?

What Is Imposter Syndrome Have you ever felt like you don’t belong? Like any second now your friends or work mates will discover that you are a fraud? Do you ever think that your successes are attributed to luck, rather than our own skills or qualifications? Or, do...
Read More

Shoes... shoes... shoes Shoes are a girls best friend, you can never have enough, they can make you feel ten feet tall, on top of the world. It's true for some, I once had a friend that would put on her heels on a Saturday night and would immediately lose a stone.Give...
Read More

The Thrive Tribe is a community of women who have chronic illness and is a great place for a cuppa and a chat.

You may feel like no-one understands what its like living with your chronic illness or worrying everyday about your kids. That you are hanging on by a thread or the future may feel a little uncertain. In The Thrive Tribe we get that.

You value life and want to be the best version of you. To manage your symptoms effectively so that you can live your best life.

In the community we will be having real, open conversations about how you can do this. With my experience of living with multiple chronic illness’ and raising kids with CMT, EDS, PoTS and ME. I know that the struggle is real. I will be sharing guidance, challenges, my personal tips and real life stories to remind you of how this can become a reality now!

When you join the Tribe you can find your ULTIMATE GUIDE TO SELF-CARE and HANDY SELF-CARE CHECKLIST available in the files to download.

The 10 minute guide to understanding that self care is far more than having a bubble bath and lighting a scented candle. Why it is important to plan for if you have a chronic illness or are caring for someone who does and, a handy checklist to get you started with great self-care practices to support yous physical and mental health and that fit who you are! 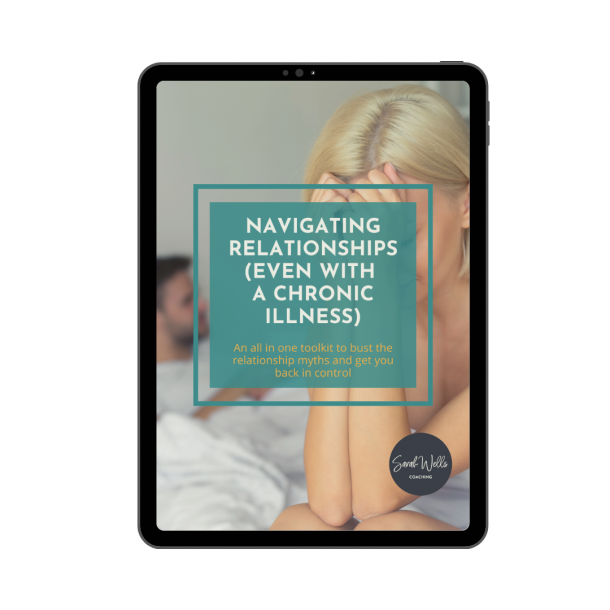 Do you hear yourself saying...

"No-one understands what it's like living with ______ (insert your condition here)?

If only people understood, right?!? 😉

Part toolkit, part workbook, part best friend in your back pocket... This toolkit will give you perspective, actionable strategies to work on and will empower you in ALL your relationships.

Your guide is on it's way, Don't forget to check your spam or promo folder :)

Do you hear yourself saying...

"No-one understands what it's like living with ______ (insert your condition here)?

If only people understood, right?!? 😉

Part toolkit, part workbook, part best friend in your back pocket... This toolkit will give you perspective, actionable strategies to work on and will empower you in ALL your relationships.

Your guide is on it's way, Don't forget to check your spam or promo folder :)